Skip to content
July 10, 2019July 9, 2019 Queenie Clem
Today I have a sneak peek at the first chapter of Sleeping with the Devil 3 by Nicole Martin Hill.  Enjoy the  blog. 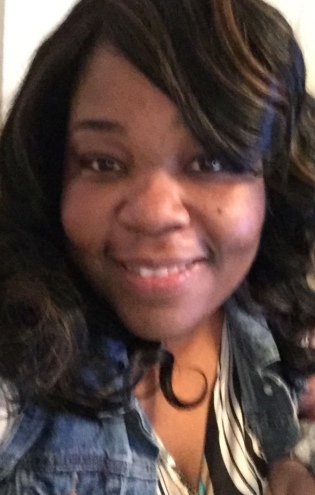 Author Bio:
Nicole Martin-Hill is a self published author from Montezuma, Georgia. Nicole’s passion for writing developed at the tender age of eight. She didn’t pursue her dream of becoming a published author until she was forty.
To date, Nicole has eleven titles published under Reality publications Presents, LLC. The twelfth title, Sleeping With the Devil 3, will release on July 12th.
When Nicole isn’t writing or promoting her brand, she’s enjoying her grand kids, whom she refers to as the ‘Brady bunch.’
Synopsis:
Natalie and Zykhia hadn’t been the best of friends but they came together to mourn the hardest day oF Zykhia’s life. What was supposed to be a quiet farewell turned into bullets flying everywhere. Who would have the audacity to disrespect such a mournful occasion?
Damian knew karma would come knocking at his door. He just never thought she would show up when he was most vulnerable.

Sneak Peek:
Sleeping with the Devil 3
by Nicole Martin Hill

“That went well,” Michi said with a smile.

“Are you sure that was that nigga?” Kane asked.

“I’m not sure. You know Fabian wasn’t coming to put in the work himself, and that dude Choppa is his right hand. If it wasn’t him, we just sent a message to him.”

“They had some balls though. They were trying to take him out at his mother and kids’ funeral. I mean how disrespectful was that?” Kane said, shaking his head.

Kara walked into the room wearing a pair of short shorts that barely covered her ass and a half-cut shirt with the bottom of her breasts showing. Michi looked at her, anger building in his body. Out of all the years they had been together, Kara never once dressed the way she was dressed now. She knew he didn’t tolerate disrespect and walking around half-naked knowing his homeboy was there was total disrespect.

“Where the fuck is your clothes, Kara?” Michi bellowed.

“What you mean? I have them on,” Kara replied with a smirk.

“Don’t get fucking cute with me. Go put some damn clothes on.”

“How are you doing, Kane?” Kara said, ignoring Michi, further disrespecting him.

Kane didn’t want any parts of what was going on, so instead of answering Kara, he looked at Michi and said, “I’ll holla at you later.”

Kane politely stood up and walked towards the door, never giving Kara a second look. He wanted her, but he wouldn’t play whatever games she was playing. He had to admit she was looking good though. He knew she had a banging body under those loose-fitting clothes she be wearing.

“So, this is how we doing it now? What possessed you to walk around my homeboy with this shit on?”

Kara tilted her head to the side and spoke in a calm tone, “I’m a grown ass woman, Michi. I don’t need your approval to wear to anything.”

“Ever since your little accident you’ve been real fly at the mouth, and I’m about tired of it.”

Kara popped her lips and sucked her teeth in annoyance. Michi walked around as if he was God’s gift to women and every man’s nightmare, but in reality, he was just a punk. She had been living in his home ever since he found out about her accident but her being there didn’t stop him from sleeping around on her. Kara was tired of playing wifey with Michi, and all he did was sleep with other bitches.

“Michi, like I said, I’m grown. I don’t need your permission to wear what I want. Do you get me permission when you out here sticking your dick in all these random ass bitches?”

“Ain’t nobody fucking no random bitches,” Michi said in a calmer tone.

“Oh, don’t try to talk like you got sense now, stay loud. I’ve had it with you. If you want to continue fucking these broads, by all means, do you. I’m just not sticking around to catch something you get from them.”

“Kara, you’re not going anywhere, so you can stop with all the bullshit. You knew what it was from day one, so don’t try to get all brand new on me now.”

“You’re right, I chose to tolerate this shit from you, but right now, right this very second, I’ve realized that I deserve so much more than this. I deserve to be not the main woman but the only woman, and since you’re not capable of being with only one woman, it’s time I remove myself from this situation so that I can find that man that wants to be with me only.”

“As I said, Kara, you’re not going anywhere, so go in there and take that shit off and put on something decent.”

“You really think I’m playing with you. I’m leaving. I’ll be back later tonight.”

Kara walked towards the door, but before she could open it, Michi snatched her by her hair and yanked her back. He held a fistful of her hair tight but not too tight, just tight enough for her to get the picture.

Michi let Kara’s hair go. He didn’t want to be forceful with her considering the ordeal she went through, but he needed her to understand he wasn’t having her out in public looking like a whore. He knew she wanted more than what he was offering, but they had been kicking it for years, so he assumed that she had accepted the terms of their relationship. Kara was a good girl, definitely wifey material, but he wasn’t ready to turn in his player’s card just yet.

Although the idea of her sleeping with another man angered him, he couldn’t stop her from doing what she wanted to do. He could only hope and pray that she kept that part of her body just for him.

Kara glared at Michi with disgust. She decided there was more than one way to skin a dog. She would let him win the fight, but the war would belong to her. She was tired of being with a man who didn’t love and respect her enough to make her his wife. He provided for her financially, and she didn’t want for anything. He had also been there for her emotionally when she needed him, but after he felt she was okay, he checked out and started back doing him.

Kara wanted a man that only had eyes for her, and she knew just the man. Kara knew Kane was sweet on her but would never approach her because of his loyalty and respect for Michi, but she knew pussy trumped all that. She caught the way Kane looked at her when she walked into the room. Kara knew she would be taking a risk trying to see how far Kane would be willing to go with her, but it would be worth it to see Michi broken.

Kara sucked in her pride and put on a smile that was faker than a two-dollar bill.

“I apologize for letting my jealousy get the best of me. It really messes with my head knowing that sometimes when you leave here, you’re out screwing some bitch dressed like this. I love you Michi, and I want nothing more than to be your only woman, but like you said, I knew what I was getting into from day one,” she said sincerely.

The sincerity in her voice and the tears in her eyes made Michi feel guilty. He knew Kara loved him unconditionally, and he really wanted to give her everything she wanted, but he had been burned before by a woman he had given his heart to, and he vowed he would never fall victim to the lies again.

Kara was the sweet, innocent type. When she loved you, she didn’t mind showing you just how much. Her kind was rare, and Michi knew it, so that’s why he did just enough to keep her around. He didn’t want to marry her right then, but he also didn’t want to lose her, which is why when he sexed her. He made sure to give her mind-blowing orgasms. He knew she would never have to venture off in search of a nut from another nigga. However, now he was worried she would be looking for a connection that was much deeper than sex.

No matter how hard it was to picture her being with another man, he just wasn’t ready to be all in with just one woman.

“I accept your apology only if you accept mine. I had no right to demand you change your clothes. You’re right. You are a grown ass woman who is very capable of making her own decisions. I also apologize for grabbing you the way I did.”

Kara kissed Michi on the cheek.

“I’m going to go put my nightclothes on and curl up with a good book.”

“Go put on something nice, and I’ll take you out.”

Kara didn’t protest. It had been a while since Michi had taken her out. She rushed upstairs and found a cute outfit to wear. The look on Michi’s face when she walked into the living room let her know she had made the right choice.

“Now that’s how I want to see my woman dressed.”

Kara intertwined her arm with Michi and headed out the door with thoughts of getting with Kane on her mind.

To purchase this book:

Follow Queenie's BookTalk and Reviews on WordPress.com
Join 80 other followers